This is your starter site, a single page online storefront. All of the images and text on this page can be changed to personalize the site for brand and to communicate your unique story to your customers. 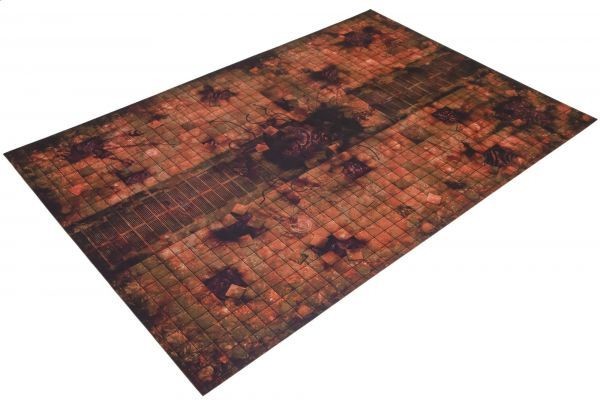 - up to 2mm thick durable rubber base

- makes your table into real batttlefield

Project Necropolis, a black site project long abandoned and better off forgotten. Unspoken of for decades, it was yet another instance of mankind’s reach exceeding its grasp as Imperial scientists tampered with the very foundations of the universe in an attempt to create planetary warp gates.

Claw marks scarred into the plasteel walls of the abandoned hab-blocks and twisting, labyrinthine service tunnels tell a story of brief, violent struggle.Half-finished experiments still writhe in containment caskets abandoned in the streets, and the grav-trains still trundle along their lonely routes, carrying nothing but angry ghosts and grim reminders of the costs when mankind plays at godhood.

This lonely testament to the price of success threatens to divulge its secrets to the galaxy as a distress beacon is activated, and it is only a matter of time before curiosity brings traders and treasure seekers down to the surface.In a desperate bid to keep Necropolis and its secrets buried, kill teams are dispatched to terminate the signal, and retrieve the data ark at the heart of the facility.

But there are things stirring in the dark, and not all that is buried is truly dead.

Save this product for later